About Us » Saint Patrick

St. Patrick, a 5th-century missionary and bishop of Ireland, is one of the world’s most popular saints.
He was born in Scotland to parents who were Roman. As a boy of fourteen or so, he was captured during a raiding party and taken to Ireland as a slave to herd and tend sheep. Ireland at this time was a land of Druids and pagans. He learned the language and practices of the people who held him.
During his captivity, he turned to God in prayer. He wrote “The love of God and his fear grew in me more and more, as did the faith, and my soul was roused, so that, in a single day, I have said as many as a hundred prayers and in the night, nearly the same. I prayed in the woods and on the mountain, even before dawn. I felt no hurt from the snow or ice or rain.”
Patrick’s captivity lasted until he was twenty, when he escaped after having a dream from God in which he was told to leave Ireland by going to the coast. There he found some sailors who took him back to Britain, where he reunited with his family.
Patrick began his studies for the priesthood and was ordained.  After a time he was ordained a bishop, and was sent to take the Gospel to Ireland. In the year 433 A.D. Patrick began preaching throughout Ireland. He used the shamrock as a symbol to explain the Trinity, and it has been associated with him and the Irish since that time.
St. Patrick died on March 17, 461 at Saul, Downpatrick, Ireland, where he had built his first church.
The Prayer of St. Patrick, popularly known as “St. Patrick’s Breast-Plate”, is thought to have been composed by him in preparation for his victory over paganism. The following is a portion of that beautiful prayer:

I bind unto myself today
the strong Name of the Trinity,
by invocation of the same,
the Three in One, and One in Three. 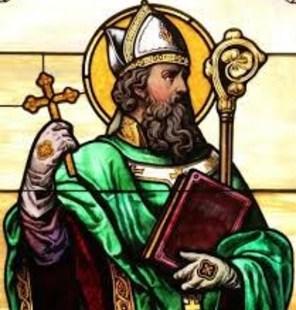 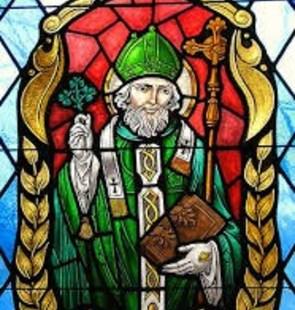 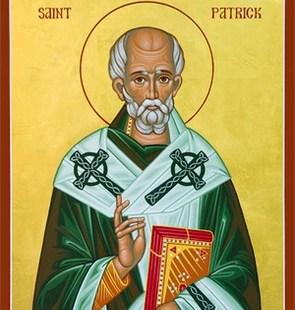 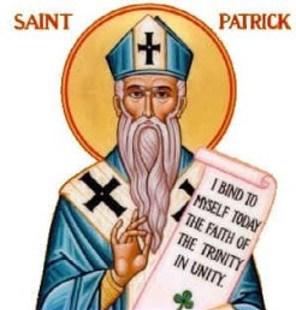 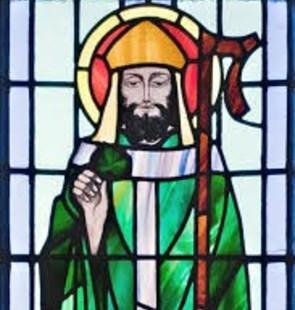 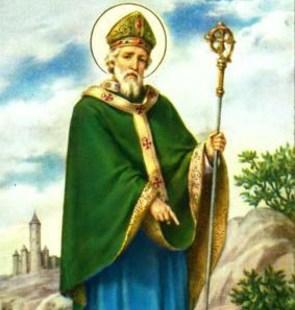